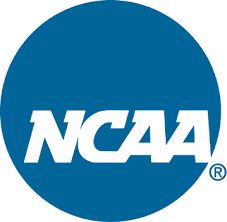 Ocean City High School (OCHS) graduate Kyle Evans (Seaville, NJ / Lehigh) became a leader by example for the Barons last year with four goals and four assists (12 points). Evans continued that level of excellence in his sophomore season for Lehigh this past Fall. Kyle was named to the All-Conference and All-Region team (Mid-Atlantic region) First Teams after one of the best offensive seasons in Lehigh history . He led the conference in points (25), goals (11), shots (47), points per game (1.47), and goals per game (0.65). 25 points was the highest season total for a Lehigh player since the 2000 season. His scoring totals also ranked nationally, as he finished the season ranked 25th in points per game, and 19th in goals per game.

Another OCHS grad, Adam Sternberger (Mays Landing, NJ / Rutgers), played his solid leadership by example style game in the midfield for Rutgers University in 2007. The redshirt senior tied for the team lead in points (10) with three goals and four assists and a team-best 50 shots. Like Lehigh, Rutgers’ (7-11-1) season also ended one win short of the postseason.

In the season finale, a second half penalty kick was the difference as Cincinnati defeated the Scarlet Knights 1-0, despite the fact that Rutgers dominated the majority of the match.

OCHS grad, Kyle Crego (Ocean City, NJ / Kean College) made 15 starts in between the sticks and recorded three clean sheets in his senior season at Kean College. He finished with a 7-6 record with a 1.52 goals against average (GAA). He was also named as an honorable mention selection on the All-New Jersey Athletic Conference team. He finished his career with the Cougars with 193 saves in 53 games, and a 1.32 GAA with 11 shutouts.

Jim Davis (Pittsgrove, NJ / LaSalle), last season’s Barons iron man, having played every minute of every game, carried the momentum from an outstanding season with the Barons into his play with the LaSalle Explorers. Davis, who was a finalist for the MVP honors with the Barons, was named the LaSalle Player of the Year. Davis scored two goals and had an assist in his junior year, including a dramatic equalizer against UPenn on September 16.

LaSalle co-captain Jeremy Ortiz (Mt. Laurel, NJ / LaSalle), who was also a finalist for the 2007 Barons MVP award, scored three goals for the Explorers in his senior season. Two of the three scores (vs. St. Bonaventure and St. Joseph’s) were game-winners. Ortiz was also named to the Philadelphia Soccer Seven All-Star team for the second straight year, and made the Atlantic-10 Honorable Mention team.

Two young Barons that made substantive contributions to the team’s success last season have gone on to do the same for Villanova in one of the more interesting campaigns in years for the Wildcats. Miles Harrison (Louisville, KY / Villanova) and Adam Brazitis (Lititz, PA / Villanova) were key players for the Cats, with Harrison starting all 20 games and Brazitis starting 17 of 20.

The 2007 Philadelphia Soccer Seven Team of the Year began their campaign with a stunning run which included an upset win over #19 Duke and two weeks later a narrow 1-0 loss to Notre Dame, the nations 9th-ranked team. Duke eventually finished the regular season ranked #1 and the Fighting Irish finished 3rd. The Cats began October with a 9-2 record before their slide began that saw them drop six of their final eight games, being shutout in each of those losses to end their regular season at 10-8-1. Despite that slide, ’Nova qualified for the Big East post season tournament but fell in their first round road game at #20 West Virginia, 2-0.

Pat McCaffery (Philadelphia, PA / Drexel) and the Drexel Dragons started off their season on the right foot with four games unbeaten, one of those games a 3-2 overtime win over Kyle Evans’ Lehigh side. Riding a mid-season 7-game winning streak, the Dragons qualified for the CAA conference tournament for the first time since 2002. They finished the season 11-4-3, with a 8-2-1 record in the conference, which gave the Dragons their first CAA regular season title since 1995. 11 wins was the most since 1998 and eight conference wins is also a new school record. Although the #1 seed in the CAA tournament was the kiss of death for the Dragons, as they were upset in the semifinals by Towson, 2-0.

McCaffery, a junior, finished fourth on the team in scoring with two goals and one assist (5 points). One of those goals was one of the biggest in Drexel history. His game-winner in the 66th minute against William & Mary on November 2, not only clinched a playoff spot for the Dragons, but it was the first win over the Tribe in program history.

Hofstra was the dominate team in the CAA until Drexel captured this year’s regular season title. The Pride had won three-straight conference titles (while led by former Baron Michael Todd) until this year. In 2007, they suffered through a 7-9-2 season. Rob Youhill (Harrogate, England / Hofstra) started every game and was the team’s playmaker. He led the Pride with seven assists. Billy Pinto (Audobon, NJ / Hofstra) played in every game as well, contributing an assist .

Another Baron enjoying his freshman year of college was Brad Franks (Medford, NJ / Elon University). The youngster, who plays at Elon University down in North Carolina, had a rather unique, and thrilling experience. On October 2, his team traveled down to Winston-Salem to square off with the #1 team in the nation, Wake Forest. The Demon Deacons, who entered the match with a perfect 7-0-0 record, featured a familiar face – Brad’s older brother (and former Baron) Jamie. Brad would shock the crowd when he sent a cross into the box and Justin Wyatt finished to put the Phoenix up 1-0 in the 43rd minute. The Deacons would equalize in the 74th minute, but the match would finish in a 1-1 draw, the first blemish on Wake’s perfect record and would be the only game Wake would not win at home (13-0-1). Brad’s brother and his teammates would finish 22-2-2 overall, and won the program’s first national championship with a 2-1 win over Ohio State.

That game was probably the highlight of the season for Brad, but he would finish with 2 assists and appeared in 18 of Elon’s 19 games. The Phoenix finished with a 8-7-4 record and were eliminated in the Southern Conference semifinals by #22 Furman.

Another OCHS grad, Mike Moussaw (Marmora, NJ / Phila U), a freshman at Philadelphia University, scored his first collegiate goal in a 2-0 win over Chestnut Hill College on October 31. Unfortunately, that was only one of only three victories for the Rams this year, in a difficult year for the boys on Henry Avenue. Moussaw played in 17 of the team’s 18 games.

Another Baron of the young class of impact players, Sean Buruschkin (North Wales, PA / Hartwick College), had a challenging season at Hartwick, of the Mid-American Conference. Buruschkin played in 12 of the Hawks’ 18 games. While this season is one they will not long remember (5-6-7) at Hartwick, they have a rich tradition at the school based in Oneonta, NY (home of the National Soccer Hall of Fame). The Hawks have made the NCAA tournament field 22 times, reached the final four seven times, and won it all 30 years ago (1977). They have also produced 26 All-Americans including the late and great Glenn "Mooch" Myernick, US National Team alum Mike Burns and USL star Paul Conway.

Drew Von Bargen (Medford, NJ / Monmouth) joined OCHS grad and former Baron Rich Baker at Monmouth where both have been influential in a fine 12-5-2 season mark and 7-2 in the NEC (Northeast Conference). The Hawks looked like they were on their way to the NCAA tournament after winning the NEC regular season championship, but as the #1 seed, they were upset by #4 seed Central Connecticut State in the conference semifinals.

Von Bargen played in eight games this past year, and Baker started 12 of the 17 games he played in.

Lafayette College, featuring Scott Hawkins (Whippany, NJ / Lafayette) and Stephen Macurdy (Rancocas, NJ / Lafayette), fell one win short of the NCAA tournament and the team’s 7th Patriot League championship. The Leopards finished with a 10-4-6 overall record (best in the conference), but only managed a fourth place finish in the standings with a 3-1-3 record. They advanced to the Patriot League championship game, but lost to Colgate 1-0.

Hawkins finished his college career on a high note, leading the team in scoring with seven goals, including two game-winners. He was also named to the All-Mid Atlantic Regional 2nd team. It was the third time he was named All-Region. He also was part of the All-Patriot League 2nd team. His 26 career goals for the Leopards ranks him fourth in program history.

Macurdy, in his first year with the program, played in 10 games (one start).